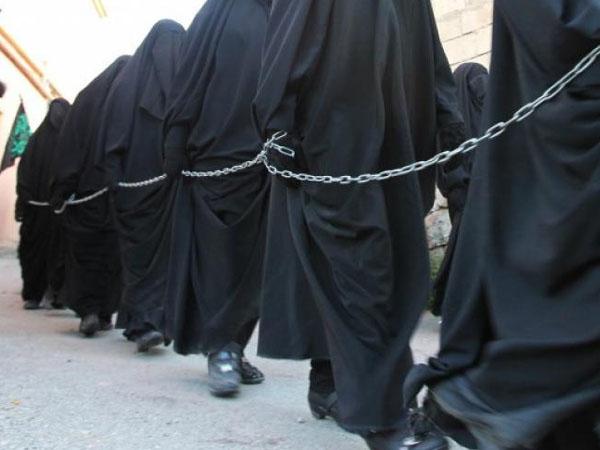 Women’s liberation quickly begins to feel like climbing a steep mountainside with primitive equipment. For every step forward, we seem to take two steps back. But the shocking guide recently released by the Islamic State’s Research and Fatwa Department (ISIS) on how to buy, sell and treat their sex slaves has once again dropped us into the bottom of an abyss. . A dark and horrible abyss that makes the flesh crawl.

This new Islamic State propaganda only serves to reinforce what we already know about the desperate conditions of women living in areas controlled by ISIS. Women are required to observe strict dress rules and are not allowed to leave the house without a male relative. Violators can be whipped or even executed.

But their worst treatment is reserved for “unbelievers” as they call them. Rumors had been circulating for some time that captives would be treated as sex slaves or spoils of war and the sale of women, teenagers and pre-teens. Many of them seemed hard to believe, like a fantasy historical novel, not a 21st century event. But this guide confirms everything.

“There is no doubt among scholars that it is permissible to capture unbelieving women. [women] that were captured and brought into the abode of Islam are allowed to us, after the imam has distributed them [among us], says the guide.

Some of the most horrific things detailed in the brochure include ISIS giving permission for their fighters to have sex with their captive immediately if she is a “virgin”. If she is not, it requires that “her womb be cleansed” first. However, he did not give any instruction on how to â€œcleanseâ€ a woman’s uterus.

It’s getting worse. The pamphlet includes chilling answers to the question of whether female slaves can be â€œsexually sharedâ€ when bought by multiple partners. And it continues in that vein on 27 Questions and Answers, including treating women like property, meant to be bought or sold – statements that make our blood boil!

â€œIt is permissible to buy, sell or give as gifts captives and slaves, because these are only goods that can be disposed of. [as long as that doesn’t cause any harm or damage]. “

It seems pointless trying to reason with a group determined to bring things back to the Dark Ages through a red haze of blood and blood. But it’s heartwarming that the women there are fighting back. They staged civilian protests, repeatedly warned the world of the threat posed by ISIS, and even took up arms. About a third of the Kurdish troops on the battlefield in Syria are made up of women, and some of the senior officers in the foreground are women.

This new manual on sex slaves published by ISIS can only serve to give these women even more reason to fight.

And before we all think this is happening in a faraway world, thousands of miles away, it’s important to remember that it was only in the recent past that the Taliban also committed similar atrocities against women. And they are much closer to home.

Find out more >> Work and life

Guide to civilized tourism published by the Chinese government

Chinese tourists should not pick their noses in public, pee in swimming pools or steal airplane life jackets, image-conscious Chinese authorities have warned in a handbook. A sign displays official guidelines for tourist behavior at a China Southern Airlines ticket office in Guilin, China, in 2008. Rules for outgoing tourists are listed above the rules […]

Woody Wade, a Swiss expert in the strategic technique of scenario planning, has just launched â€œSEE YOUR NEW NORMALâ€, a manual intended for managers wishing to understand how their post-pandemic terrain could evolve. The book is available in e-book and paperback format. The COVID pandemic has brought about unprecedented change in almost every sector of […]

The Relevance of the Ten Commandments: A Family Guide to Shavuot