Traveling dictionary: Li Yanzhi memorized the meaning of each word in the English-Chinese dictionary

A Chinese mother has become a traveling dictionary by memorizing the English-Chinese dictionary from cover to cover, reported the People’s Daily.

Ms. Li, who divorced more than 20 years ago, undertook the mission in order to receive more translation work.

This helps him support his 26 year old son who suffers from autism and is unable to take care of himself.

Ms. Li is a lecturer in Financial English at the School of Economics and Banking, Xian Transport University.

Since August 2013, she has been reading the dictionary six hours a day from 3 a.m.

In 19 days, she completed memorization for the first time.

According to People’s Daily, to pass the College English Test Band 6, which most Chinese university students must pass, applicants must understand 6,000 words.

To help her memorize, Ms. Li borrowed 465 English-language magazines from the university library.

“My biggest dream is to walk into The Brain to challenge myself,” Ms. Li said. The Brain is a popular reality TV show in China that uses a series of games, such as memorizing, to test intelligence of candidates.

Ms. Li said that her son has autism and cannot take care of himself. Since her divorce over 20 years ago, she and her son have been dependent on each other.

As a single mother, Ms. Li had to lock her son in the house every time she went out to work. She said that when she returned, the house was still in a mess. 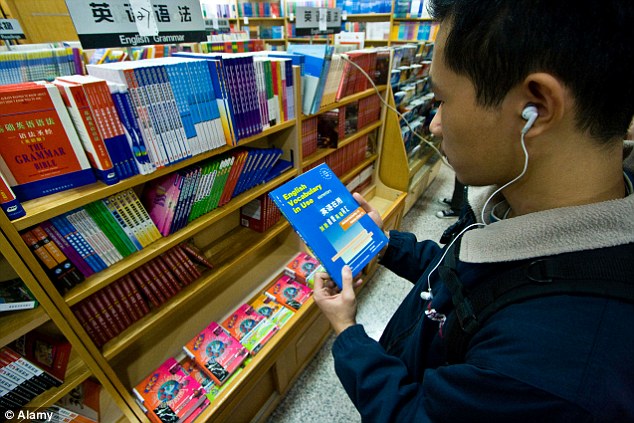 Learn English in China: Chinese students need to understand about 6,000 to pass the college English test 6. In comparison, Ms. Li’s vocabulary is extraordinary.

But she said she never gave up.

In order to improve their lives, Ms. Li does freelance translation work in addition to her regular teaching. Thanks to this, she earned enough to buy a new apartment.

Besides English, Ms. Li has learned to speak more than 10 different languages, including French, Russian, German, Japanese and Polish.

She hopes that by memorizing the 220,000 words in the dictionary, she can encourage students to learn English and increase their vocabulary.

“Lecturer Li is truly a living English-Chinese dictionary,” said Zhang Xinjie, one of his students.

“Kaaps deserves respect”: readers react to the development of the Kaaps dictionary

Parent24 recently published that the Center for Research on Multilingualism and Diversity (CMDR) at the University of the Western Cape has decided to develop the very first Kaaps trilingual dictionary, with the aim of restoring the dignity of this marginalized language. In the article, Professor Quentin Williams, Director of CMDR, told us that they hope […]

Look up your name in the urban dictionary

Another week of hell is coming to an end. Let’s go prepare for the next week from hell. Let’s relax with a shower, Adderall, a glass of whiskey, and by looking for our first names on Urban dictionary. On UD, the highest definition for most names is a long compliment, an ode to all Lemon […]

In our last blog post, we explained the key terminology around skill data and offered some definitions to help you understand and use it in your organization. This blog post will go beyond the basics and discuss the different methods of structuring your organization’s skill data. There are many overlapping (even contradictory) ideas about what […]